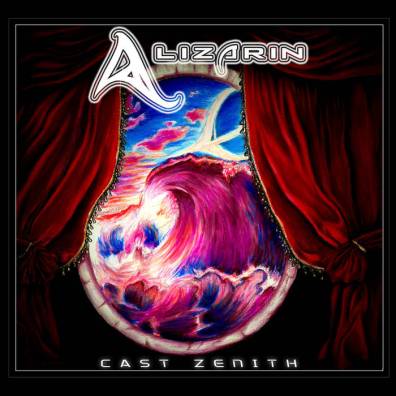 1. Faint Home:  The journey begins with a moody swell of orchestration. (Note:  this album begs for some actual stringed instruments in some key places!) Cello, then violin sounds enter, build, creating wistful, heart-tugging places in the soul.

This kind of “conversation” becomes a hallmark of the album.  There is a refreshing synthesizer line over bass guitar, then the strings return to end this track.

2. Anomaly:  Somehow there is a sense of dreamy exuberance in the opening, with some warm guitar lines, and again the “conversation” between those sweet passages and then angular, more aggressive guitar/bass lines.  There is respite with piano, that in turn leads to the kind of grand, sweeping passage that grips the heart.  A heavily treated bass guitar takes the lead, and the track closes.

3. The Vast Enigma:  Crisp drums lead the way, reminding me that often on this album drums and bass guitar are mixed relatively low.  The full band comes soaring in, led by synthesizer, again creating a grand, celestial, cosmic sound.  This is clearly one of the strengths of this band.

4. The Window Afar:  A clean acoustic guitar introduces a jazzy passage that leads throughout this track, always there, always present.  The synthesizer presents as cool and cerebral, then the sweet guitar lines enter.  Orchestral strings lead to a near mystic passage with strong guitar accents.  Guitar is mostly front and center even if not the “lead” instrument- maybe mixed too high at times.  We can hear, if attention is paid, some of the solid rhythm section that is always there, yet always in the background. The jazzy acoustic guitar closes out.

5. Cast Zenith:  The title track emphasizes the puzzle for me- what does this mean?  The Zenith- point directly above the observer?  Cast- throwing something forcefully?

Here we are led by strong, bold guitar lines, leading to tight unison between bass guitar and synthesizer.  There is a solo guitar line growing in intensity leading to another stellar, grand passage.  The conversation between the sweet guitar and the angular passages continue.  There is some amazing guitar work on this track.

6. Gethsemane: The place of Christ’s soul-torment, led off by jazzy fairly clean guitar, leading to brash guitar accents, and bass guitar lead.  This is set off by absence of drums or percussion, and keyboards enter.  Another of those grand, stirring passages, and the jazzy guitar line closes the track.

7. Luminous Apparition:  In swelling tones, cello sounds build over the held note.  Demanding guitar lines lead to celestial keyboards.  Synthesizer lead grows over the full band sound, using an accented, rhythmic pattern.  Some dissonance in the sustaining keyboards builds tension, and the drums and bass cook along underneath it all.  It grows into a massive climactic section that slowly begins to wind down, and to close out, those heart-tugging strings.

-There is plenty of variety on this all-instrumental debut.  Alizarin have produced a stunning debut, showing compositional chops and instrumental prowess.

-Along with the variety, there is a sort of formula the music follows- the “conversation”, guitar as a dominating voice, use of synthesizers and keyboards (apparently all programmed) for depth and sustain, the interspersing of sweet and angular passages.  This formula may need to be broadened to fill out the potential of this excellent band.

-Even when guitar is accent rather than lead, it tends to dominate in the mix.

-Drums and bass guitar, uniformly excellent, are rather low in the mix.

8 out of 10 shimmering shapes.